Corporate news announcement processed and transmitted by Hugin AS. The issuer is solely responsible for the content of this announcement. =--------------------------------------------------------------------- =------------- The 25th ordinary Annual General Meeting of Feintool International Holding took place this afternoon at the Hotel Weisses Kreuz in Lyss. Fritz Boesch, Chairman of the Board of Directors, reviewed what on the whole has been the company's most successful year of operations since its flotation in 1998. The approximately 400 shareholders present approved the 2007/08 financial statements and the payment of a dividend of CHF 6.50 per share. Feintool's founder Fritz F. Boesch handed over his position as Chairman of the Board of Directors to the existing Deputy Chairman, Alexander von Witzleben, and was elected Honorary Chairman. No surprises in statutory business After approving the Feintool Group's consolidated financial statements and the financial statements of Feintool International Holding, the meeting decided on the appropriation of the holding company's disposable profit. Given the general worsening in the economic situation, the Board of Directors proposed that the dividend be reduced by CHF 1.00 to CHF 6.50 per share; it will be distributed on 23 January 2009. In a unanimous vote, the Board of Directors and the executive management were granted discharge. Wolfgang Feil was reappointed as a member of the Board of Directors for a further three-year term of office, and Ernst & Young AG, Berne, were reappointed as auditors for a further year. A number of amendments to the Articles of Incorporation to bring them into line with the new company law were also approved by a large majority. New Chairman for an eventful anniversary year Feintool founder Fritz Boesch recently celebrated his 75th birthday, and Feintool, which was established on 1 April 1959, is marking its golden jubilee. The 25th ordinary Annual General Meeting of Feintool International Holding - the tenth since the company went public - was a worthy setting for Fritz Boesch's handover. His modest summing-up: "It is thanks purely to our good and committed employees that Feintool has become a technology leader". In paying tribute to Fritz Boesch, his successor Alexander von Witzleben and Boesch's daughter Monika Loeffel-Boesch, now also a director, proposed him as Honorary Chairman: "A true patron who always kept an eye on the company's long-term success". Record year thanks to rise in sales, EBIT and net income Sales for the 2007/08 financial year (i.e. the 12 months to 30 September) were up by CHF 48.8 million or 9.4% to CHF 569.2 million (previous year: CHF 520.4 million) while EBIT improved by 31.4% to CHF 33.9 million - equivalent to 6.0% of sales. Consolidated net income rose by 70.3% to CHF 20.1 million (previous year: CHF 11.8 million). At CHF 64.0 million, cash flow was 74.9% higher than the year-ago figure of CHF 36.6 million. This left a free cash flow amounting to CHF 34.9 million (previous year: CHF 8.1 million). Further improvement in balance sheet structures Due to the increase in cash and cash equivalents, total assets were significantly higher than in the previous year at CHF 475.3 million (CHF 460.4 million). Net debt was reduced by CHF 30.1 million from CHF 88.0 million to CHF 57.9 million, primarily thanks to the optimization of net working capital, and amounted to 28.3% of shareholders' equity (previous year: 46.0%). Shareholders' equity stood at CHF 204.6 million as at 30 September 2008 (previous year: CHF 191.3 million) and the equity ratio increased to 43.1% (previous year: 41.5%). Outlook and forecasts uncertain Feintool will not be immune from the effects of the global financial crisis on the real economy. The declining trend in the automotive industry in particular will have implications for Feintool. As things stand, volumes and results for the current 2008/09 financial year are expected to be lower than in the past year. In the parts manufacturing business, short-time working was introduced at a number of facilities at the beginning of January in a bid to retain qualified staff within the company. In the absence of reliable projections on the part of our customers, it is not possible to issue a forecast at present. On the whole, however, Feintool is confident of receiving positive signals again by the middle of the year. Further information is available after the AGM (as of approx. 6 p.m.) from +41 (0) 79 204 41 13 - Urs Feitknecht Head of Corporate Communications Feintool is a leading technology and systems provider in fineblanking/forming and assembly automation. It is also a supplier of metal and plastic components. Feintool operates globally at the company's own facilities in Switzerland (head office in Lyss), Germany, France, Italy, Great Britain, the United States, Japan and China, where around 1900 employees are committed to customer satisfaction. The media release can be downloaded from the following link: =-- End of Message --- Feintool International Holding Industriering 8 Lyss Schweiz WKN: 905428; ISIN: CH0009320091 ; Index: SPI, SPIEX, SSCI; Listed: Main Market in SIX Swiss Exchange; http://hugin.info/100443/R/1283228/287328.pdf http://www.feintool.com Copyright © Hugin AS 2009. All rights reserved. 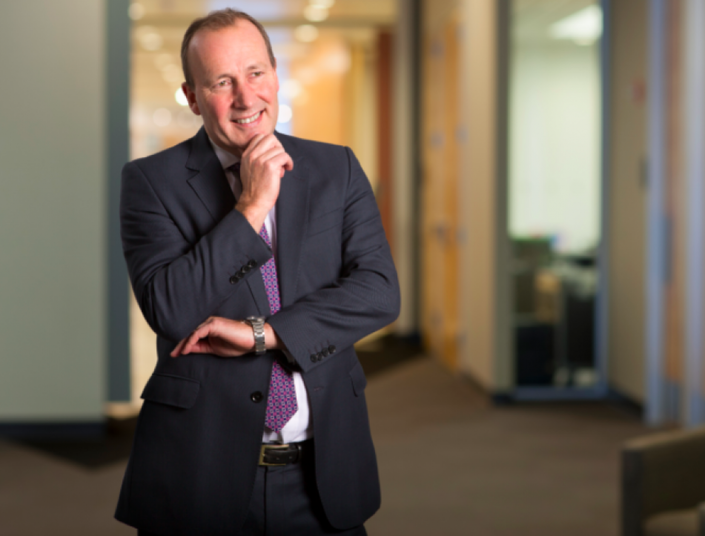