Protecting your portfolio in a more uncertain world

Volatility returned in the first half of 2018, driven by less synchronized global growth, the market´s re-pricing of the Federal Reserve´s hiking schedule, an unexpectedly strong US dollar, escalating trade tensions, and Chinese deleveraging. Looking ahead to the second half, these sources of volatility remain. But it´s important to stay invested.

Last year’s combination of strong double-digit equity returns and record
low volatility was always going to be a tough act to follow. Volatility
returned in the first half of 2018, driven by less synchronized global
growth, the market's re-pricing of the Federal Reserve's hiking schedule,
an unexpectedly strong US dollar, escalating trade tensions, and Chinese
deleveraging.

Looking ahead to the second half, these sources of volatility are still
present. Central banks have a tightrope to walk as they move from
quantitative easing to normalization and then tightening. The Trump
Administration has gone further than expected in introducing protectionist
measures, taking tariffs from rhetoric to implementation. And the recent
depreciation of the yuan demonstrates the uncertainty about the outlook in China.

But it's important to stay invested.

In the short run, global growth is good, with US growth, tracking at 3.8% in the second quarter, likely to remain strong. Recent German industrial
production data shows that the first quarter slowdown in the Eurozone
may have been a blip. And we expect the year to end with 15% global
earnings growth over the previous year.

And in the long run being invested almost always pays off. Historically,
stocks have been almost 20 times as likely to deliver a positive 10-year
return as a negative one. Those who try to time the market often miss
out. Most investors are unlikely to be able to both sell at the peak, and
successfully reinvest at the subsequent trough. Historically, mistiming peaks and troughs by as little as a year would have led to underperformance
relative to a buy-and-hold investor. 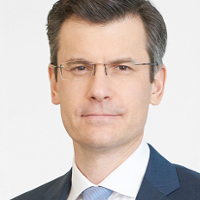