„Trump is Right – The Fed is a Big Problem“

President Donald J. Trump has taken on the Federal Reserve (Fed), saying that Fed chairman Jerome H. Powell is threatening US economic growth by further raising interest rates. Mainstream economists, the financial press and even some politicians react with indignation: the president’s comments undermine the Fed’s political independence, potentially endangering the confidence in the US dollar. Such a public reaction is, at first glance, understandable – as mainstream economists have declared the political independence of the central bank a "golden calf" issue.

Monetary theorists argue that a politically independent central bank is best for the currency and the economy. As a result, most central banks around the world, including the Fed, have been made politically independent. But is this so? Well, if the economy thrives, politicians leave the Fed alone. If the economy stumbles, or if the Fed pursues unpopular measures, it runs the risk that Congress or the president may revise the Federal Reserve At of 1913, stripping it of its power. In fact, the Fed’s monetary policy cannot deviate too much from the Congress’ and the president’s political agenda.

Granted: In good times, the Fed is more or less protected from the demands of political parties. But what about the influence from ‘special interest groups' such as the banking industry on Fed policymaking? There should hardly be any doubt that the Fed caters, first and foremost, to the needs of commercial and investment banks. As the monopoly producer of the US dollar, it creates – in close cooperation with the banking community – new Greenbacks mostly via credit expansion out of thin air. In this sense, the Fed and private banks represents a cartel.

This cartel produces inflation, leading to increases not only of consumer prices but also of the prices of assets such as stocks, housing and real estate. This, in turn, debases the purchasing power of the US dollar and benefits some at the expense of many. The Fed-banker cartel, which keeps issuing ever more quantities of US dollar, also causes economic disturbances, speculative bubbles, and boom-and-bust cycles; and it tempts consumers, firms, and the government to run into ever more debt. Especially so as the Fed sets the interest rate for bank credit, and in doing so basically controls all interest rates in credit markets.

It might be frightening to hear, but the Fed does not know where the "right" interest rate level is. In terms of interest rate policy, it purses a ‘trial and error' approach. As history shows all too well, the Fed lowers interest rates sharply in times of financial and economic crisis. If incoming data suggests that the economy is returning to growth, the Fed starts raising the interest rate and keeps raising it until the interest rate becomes ‘too high', turning the boom into yet another bust. It would not be surprising if the Fed's current interest hiking cycle were going to trigger yet another debacle. 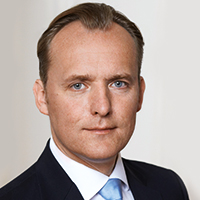